Days after the disappointment of disqualification at the national indoor championships at Birmingham Arena, Welsh 400m runner Owen Smith experienced the dizzying high of selection for the World Indoor Athletics Championships to be held at the same venue next month.

Last Saturday, the in-form athlete from Mold was coming to terms with having been disqualified from his heat at the SPAR British Athletics Indoor Championships.

The Cardiff AAC man appeared to have won his heat when he finished ahead of the likes of former Olympian Conrad Williams with a strong run, but it was later announced he had been disqualified

However, the disappointment was all but wiped away on Tuesday when he was celebrating the announcement of the Great Britain team for the World Indoor Athletics Championships which confirmed his selection as part of the 400m relay squad – the only Welsh athlete included.

Despite missing out at the British Championships, Smith had already impressed the selectors with an indoor personal best of 47.03 at the Vienna Indoor Classic at the end of last month.

Commenting on his first Great Britain selection, the 23-year-old sports therapist said: “I was over the moon to get the call, making the team has been a target for me since the start of the season, so after the frustrations of the weekend, it’s a real relief to know all the hard work has paid off and I’m on the team.

“I’ve been competing against the other guys on the team, but it will be cool to now pull on my first senior British vest and run with them.

“I’m really looking forward now to competing next weekend at the Glasgow Grand Prix in a really top class field, and then preparing for the World Championships.”

His coach Matt Elias, who himself competed in the 400m at the 2001 World Indoors in Portugal before going on to represent Wales at two Commonwealth Games and Great Britain at the Olympics over the hurdles and on the flat, was delighted with Smith’s selection.

“Owen is so dedicated and has been pushing for this vest for years. Owen is well suited to running indoors, and has plenty of relay experience at club and GB junior level, so we targeted a place at the World Indoors, and now we’ve achieved it.

“I’m excited he’ll get to compete on the international stage in a home games with fantastic support, it’s a real bonus after missing out on the possibility of an individual place after the emotional rollercoaster of the weekend.

“Wales has a strong tradition of 400m running, and I’m sure Owen’s success will help inspire more young athletes to keep that tradition going.”

“This is the first major event of an exciting year with Commonwealth Games and European Championships also on the horizon and we have selected a British team with a good mixture of experienced international competitors and talented, up-and-coming athletes keen to test themselves against the best in the world.”

The 4 x 400m men’s relay final will be the closing event of the World Championships, which take place between March 1st to 4th 2018.

Well done Owen and good luck from everyone at Health & Sports Physiotherapy!!! 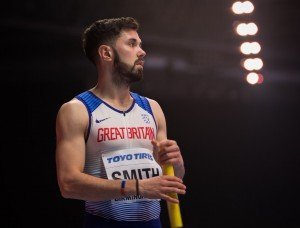 RT Registration closes at 3pm for the 100Heroes for City Hospice. Join the 200+ heroes already booked in on the virtu… https://t.co/q51gROjx1O