Health and Sports Physiotherapisy superstar physio Wendy Casterton has just returned after more age group World Championship triathlon success. First stop was Port Elizabeth in South Africa where she finished 12th in her age group in the Ironman 70.3 World Championships. The event takes place over two days with all women racing on the first day and men on the second. Wendy had the opportunity to share the course with four-time Ironman World Champion Daniela Ryf and rising GB star Lucy Charles.

Most people would be now glad of the rest but Wendy is back in an intense training regime ahead of her next race, an Ironman 70.3, in Turkey at the end of October 2018! 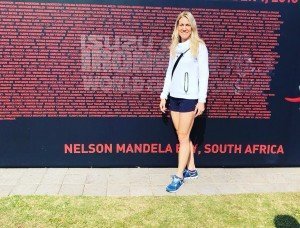 Wendy in Port Elizabeth for the IronMan 70.3 World Championships

RT Registration closes at 3pm for the 100Heroes for City Hospice. Join the 200+ heroes already booked in on the virtu… https://t.co/q51gROjx1O