You are here > Home > About > Physiotherapy Team 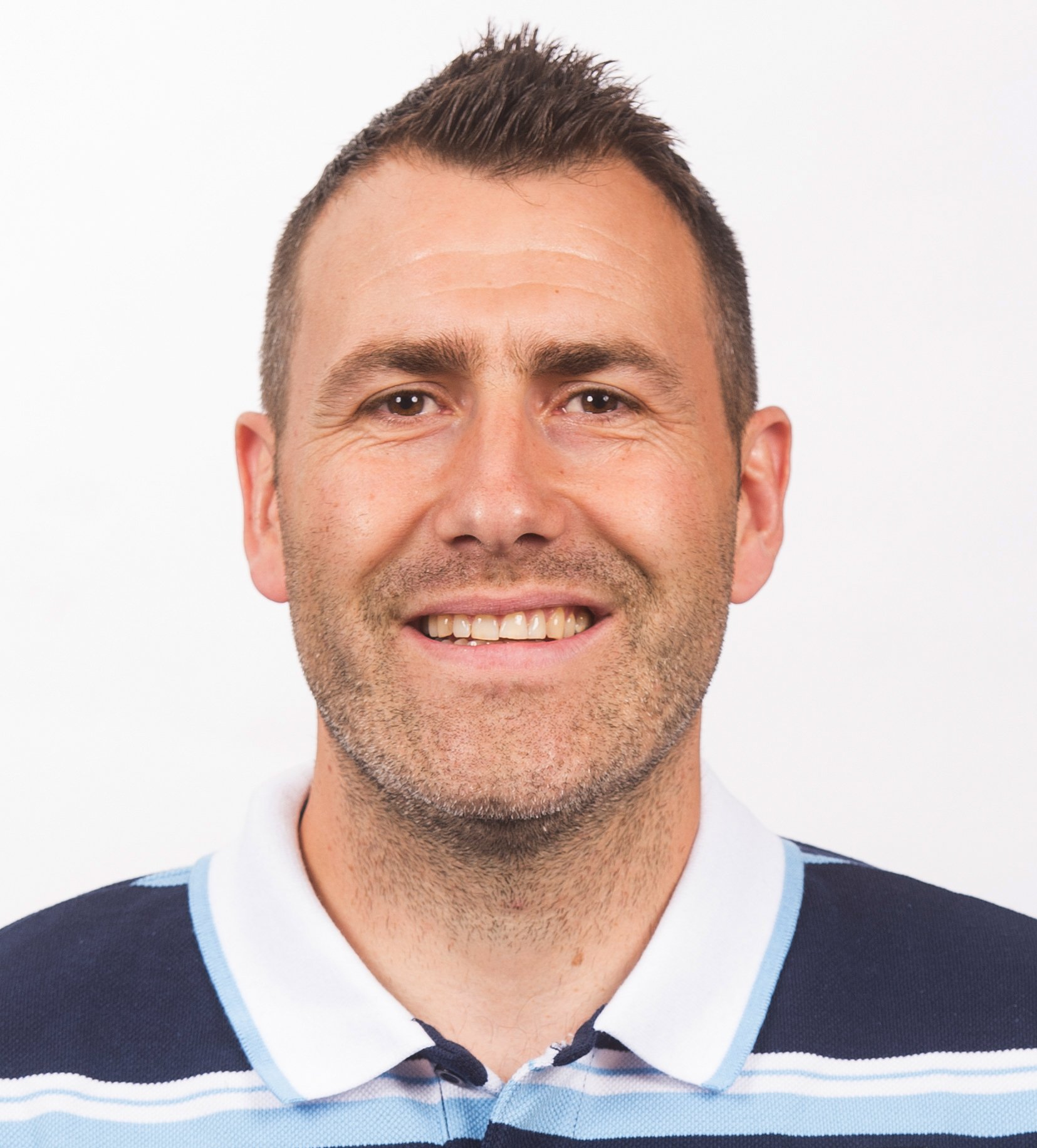 Daniel graduated from the University Of Wales College Of Medicine in 2003, with a BSc Honours degree in Physiotherapy. Throughout his career he has developed a broad range of clinical experience, from working with the general public to elite sports athletes.

He has previously worked in New Zealand, Australia and the U.K., with a specialist interest in musculoskeletal and sports medicine and has completed an MSc in Sports Physiotherapy at Cardiff University.

Daniel has worked with a number of professional sports teams including Worcester Warriors, Gloucester Rugby and the Welsh Rugby Union as Head Physiotherapist to the Wales National Sevens Squad. Daniel is currently Head of Medical Services for Guinness Pro14 rugby team the Cardiff Blues. 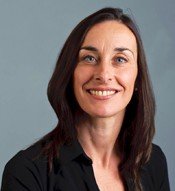 Alyson graduated in Cardiff in 1987. She worked in the NHS for 22 years in numerous clinical and managerial roles across hospital trusts in South Wales.

Since 2009 Alyson has worked exclusively in private practice specialising in Musculoskeletal Medicine. She joined Health & Sports Physiotherapy in 2015 and is the Clinical Lead Physiotherapist, managing our team of therapists and driving the clinical standards across our network.

Alyson has been central to the recent launch of our Tele-Health Physiotherapy Consultation Services. 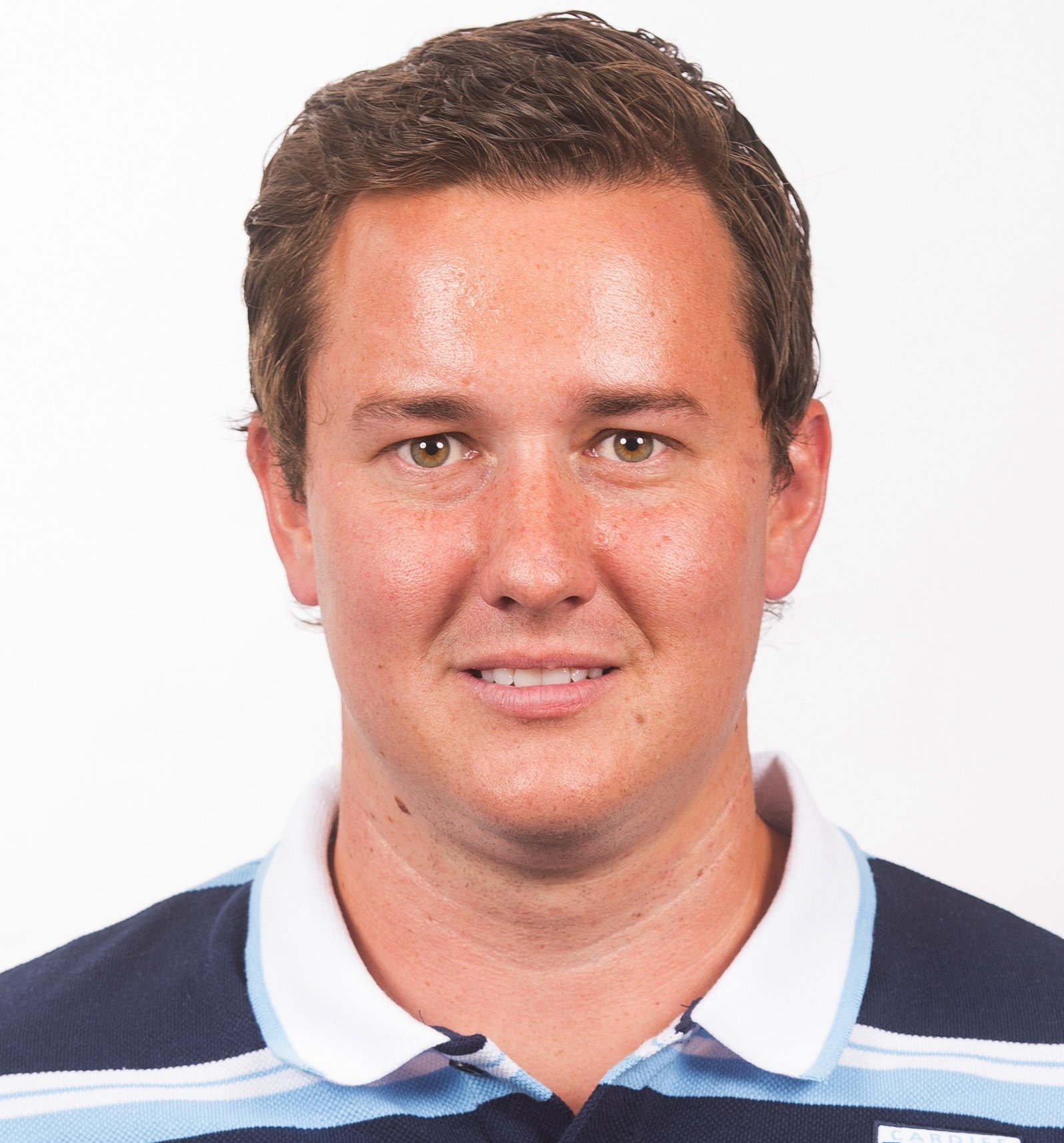 Following his undergraduate studies at the University of Nottingham in 2010, Gruff worked in private practice in London, before joining Health & Sports Physiotherapy whilst taking up a role as the Lead Academy Physiotherapist at the Cardiff Blues. Following two seasons with the Blues and completing an Msc in Sports and Exercise Medicine, Gruff worked in an interim role with Wales National Rugby Sevens as the Lead Physiotherapist.

Subsequently, Gruff joined London Scottish Rugby club as the Head of Medical Services for a two-season period before joining England National Rugby Sevens as Head Physiotherapist in 2016. During this period, Gruff worked at numerous tournaments across the globe on the World Sevens Series and was a part of the Commonwealth Games bronze medal winning team on the Gold Coast in 2018. After a successful period at the RFU, Gruff re-joined the Heath & Sports Physiotherapy team in July 2018, alongside his primary role as Senior Team Physiotherapist at the Cardiff Blues.

Gruff is also a Director of our sister company Pro Sports Medicine. 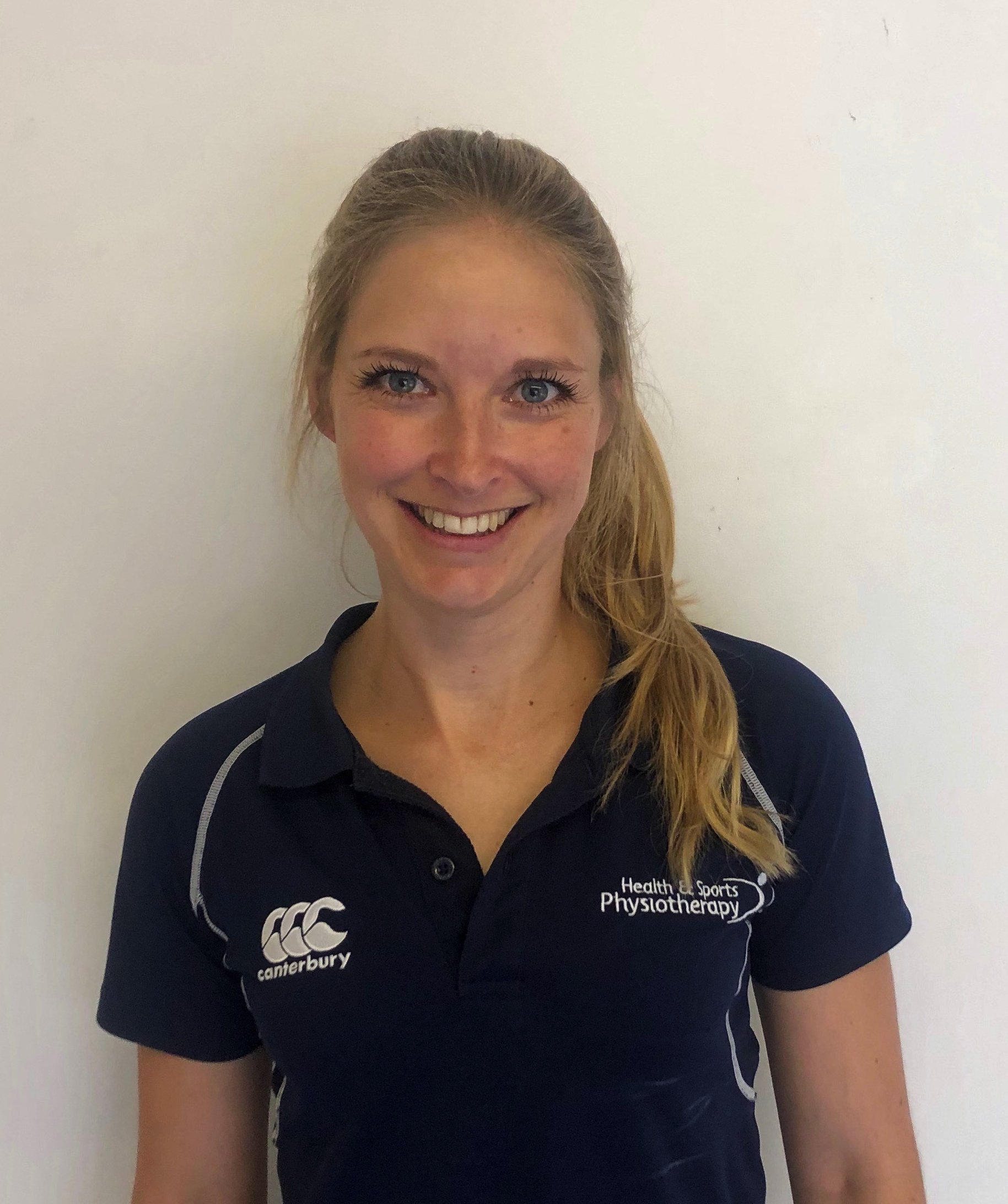 Carys graduated with a Bsc Honours Degree in Physiotherapy from Plymouth University in 2009. She has a specialist interest in musculoskeletal physiotherapy and started working in private practice treating both general public and semi-professional sports athletes in Wales in 2010, before moving to London in 2014.

Notably Carys worked as the Senior Physiotherapist on Strictly Come Dancing for 3 years and in 2016-2017 she travelled with Coldplay on their recent world tour as their Lead Physiotherapist.

Carys is trained in APPI pilates teaching and acupuncture. She has a particular interest in sports rehabilitation within a variety of sports, alongside experience with pre and post-surgical care. She is also a registered practitioner of the British association of performing arts medicine (BAPAM). Carys retruned to Wales in 2018 to continue her career progression within professional sports physiotherapy joining the Health & Sports Physiotherapy team alongside her role with Pro 14 team Scarlets Rugby. 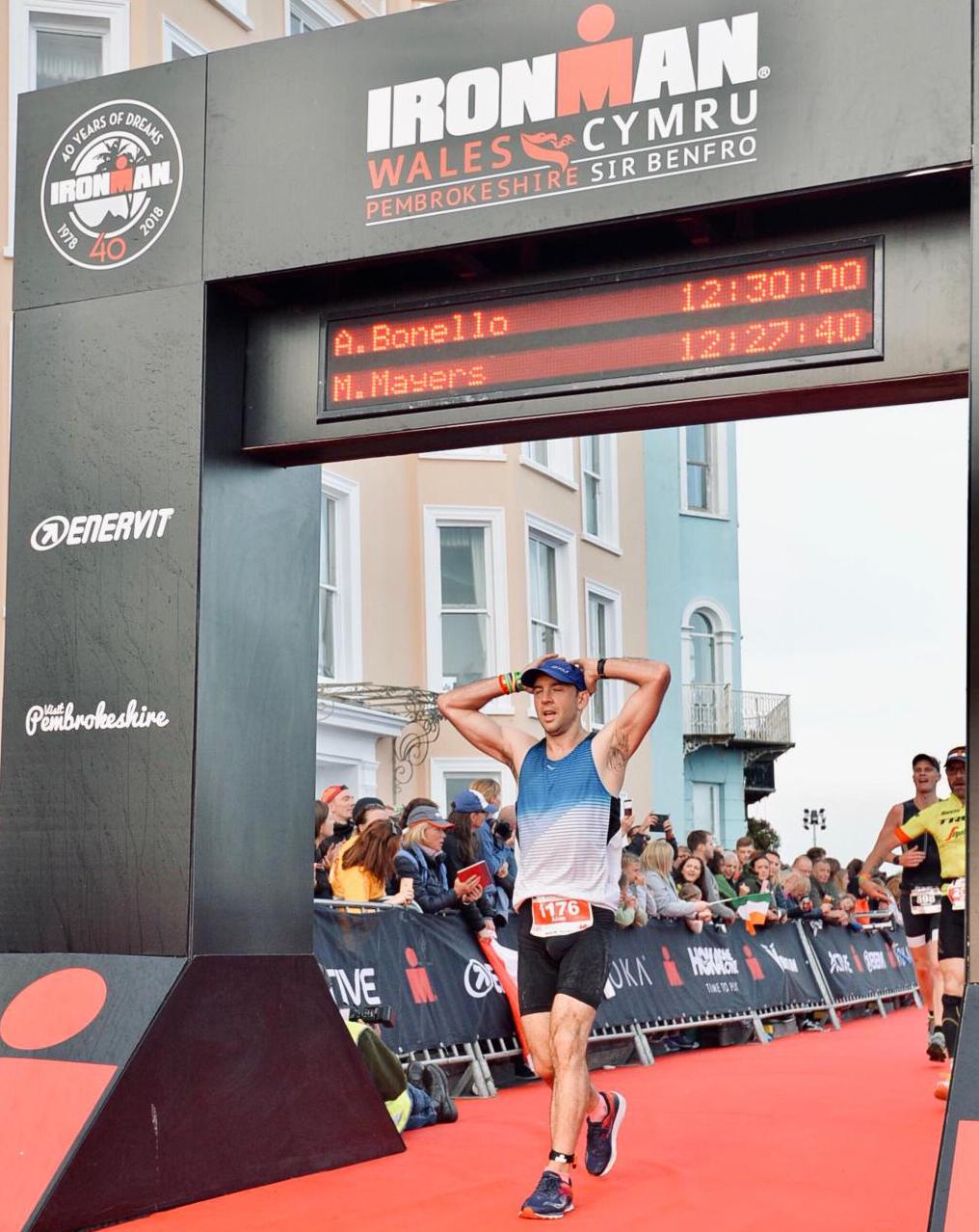 Alun graduated with a BSc Honours Degree in Physiotherapy from Oxford Brookes University in 2016. He has worked as an NHS physiotherapist at both University Hospital Bristol and Cardiff & Vale University Health Board, across a broad range of clinical areas, specialising in musculoskeletal physiotherapy.

Alun competes in marathons and Ironman events and also coaches a number of endurance athletes. He is especially interested in planning return to running programmes and working with breathing pattern disorders in athletes. 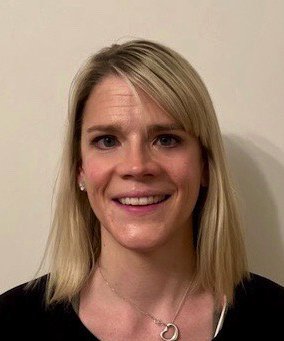 Jo graduated from the University of Wales College of Medicine in 2004, with a BSc Honours degree in Physiotherapy. Throughout her career she has worked in the NHS in all areas of Physiotherapy, including musculoskeletal outpatients.

Jo has since specialised in Paediatrics in the NHS, working with and treating a wide cross section of children age 0-19 with a wide variety of disability or illness including neuro-disability, multi-pathology and complex needs. Jo treats children with various conditions, including musculoskeletal, orthopaedics and neuro-disabilities.

Jo’s journey with Pilates started with independent practice, finding it especially useful post running injuries, during and post pregnancy. Jo completed her APPI Pilates training in 2018 and is the lead of the Pilates service at Health & Sports Physiotherapy. 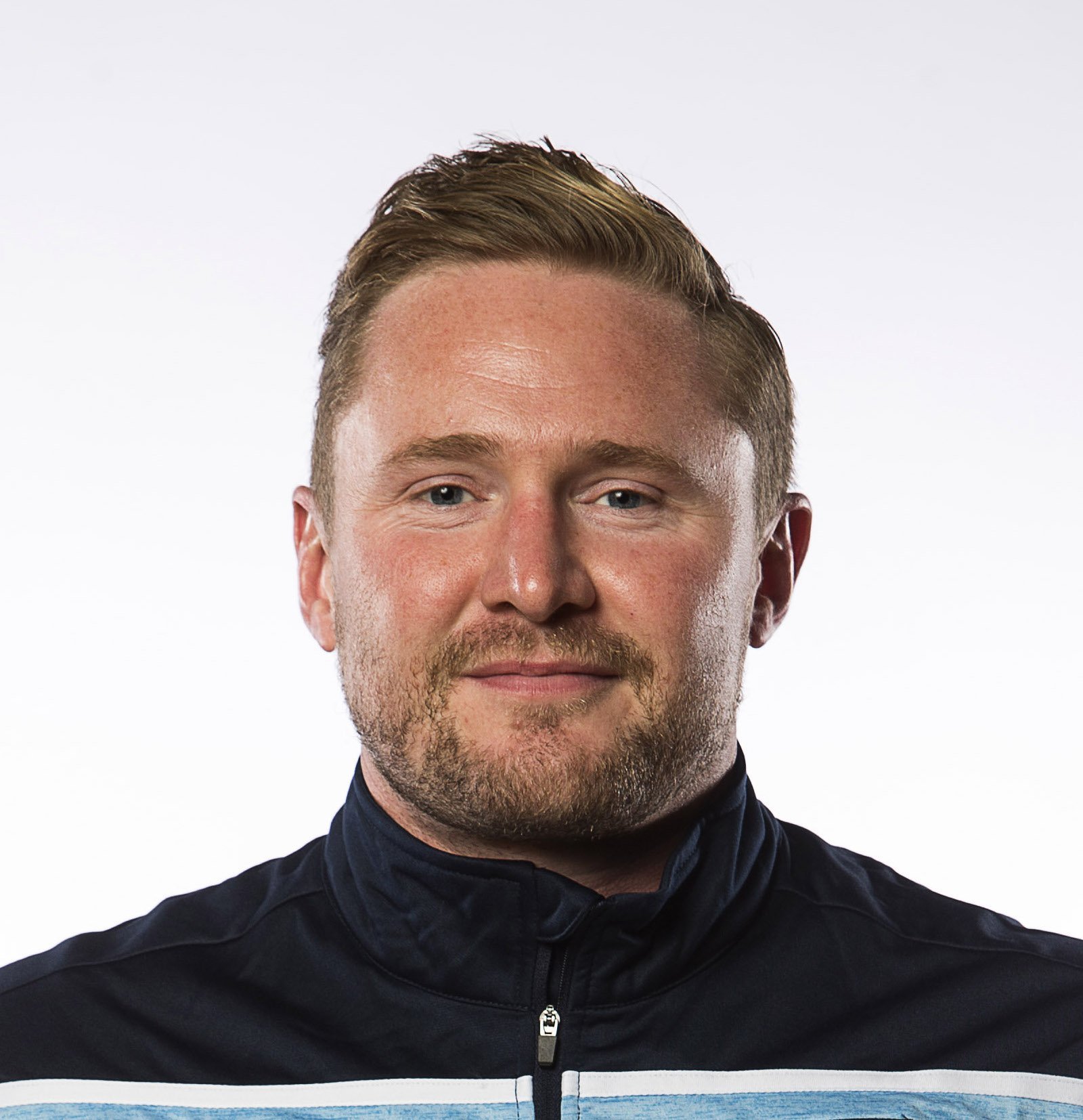 Dr Vaughan is first team doctor for Newport County Football Club, Cardiff Blues Rugby and Medical Officer to the British Boxing Board of Control. Having completed undergraduate training in Exeter, he has worked within the UK and Australia where he has developed his sport and exercise interests with the Newcastle Knights & Manley Sea Eagles NRL teams.

He has post-graduate qualifications in sport and exercise medicine and musculoskeletal ultrasound and has been awarded membership to the faculty of Sport and Exercise Medicine, Ireland. Dr. Vaughan has a special interest in the prevention, diagnosis and treatment of joint and soft tissue problems in elite athletes and the non-sporting population alike. He believes strongly in the use of sports medicine as a way to develop a strong and robust individual to achieve their aspirations – whether this be in sport, life or both.

He prides himself on providing bespoke, evidence based care, centred on the individual. He is proficient in diagnostic ultrasound examinations as well as using this to guide a variety of joint and soft tissue injections including steroids (cortisone), platelet rich plasma (PRP) and visco-supplementation like hyaluronic acid (Ostinil). Dr Vaughan is a director of our sister company Pro Sports Medicine and can request blood tests, imaging (like x-rays and MRI) and perform onward referral to his close network of specialists such as orthopaedic surgeons.

Dr. Vaughan has a background as a semi-professional rugby and cricket player, gaining schoolboy honours for Wales in both sports. His current sporting and clinical interests include rugby, football, cricket, weightlifting, athletics and golf. 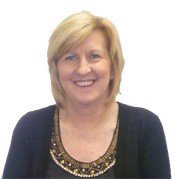 Based at our Cardiff office, Lynne is the practice manager for our network of clinics ensuring the highest level of customer care and service. Lynne joined the team at Health & Sports Physiotherapy in 2010, bringing a wealth of experience in accounts and business administration.

If you require any further information Lynne can be contacted directly on:  02920 762000 or info@healthandsports.co.uk

To book your appointment please complete the below contact form / call 02920 762000 / email info@healthandsports.co.uk